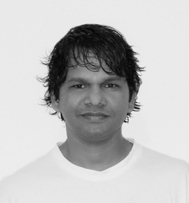 Charlie Joe is a Dubai based photographer, passionate about Cityscape, Landscape & Street photography. Basically from India, he has travelled to over 40 countries, which has given him the opportunity to shoot in various locations. Unlike the usual Cityscape photos, which focus more on buildings & architecture, nature plays a major part in his Cityscape photos. There’s a different framing perspective, with more prominence of Nature over Cityscape, like the predominant clouds or sea. Especially in a place like Dubai with its famous architectural skyline, he adds a natural touch to Dubai’s Cityscape photos. His photos have won awards and are published in magazines/newspapers. His interviews are featured in photography websites. Check out his Gallery to view his photos.

A good photograph can be taken with any type of camera or gear. Just for those who have asked or keen to know, here’s some of the commonly used gear: